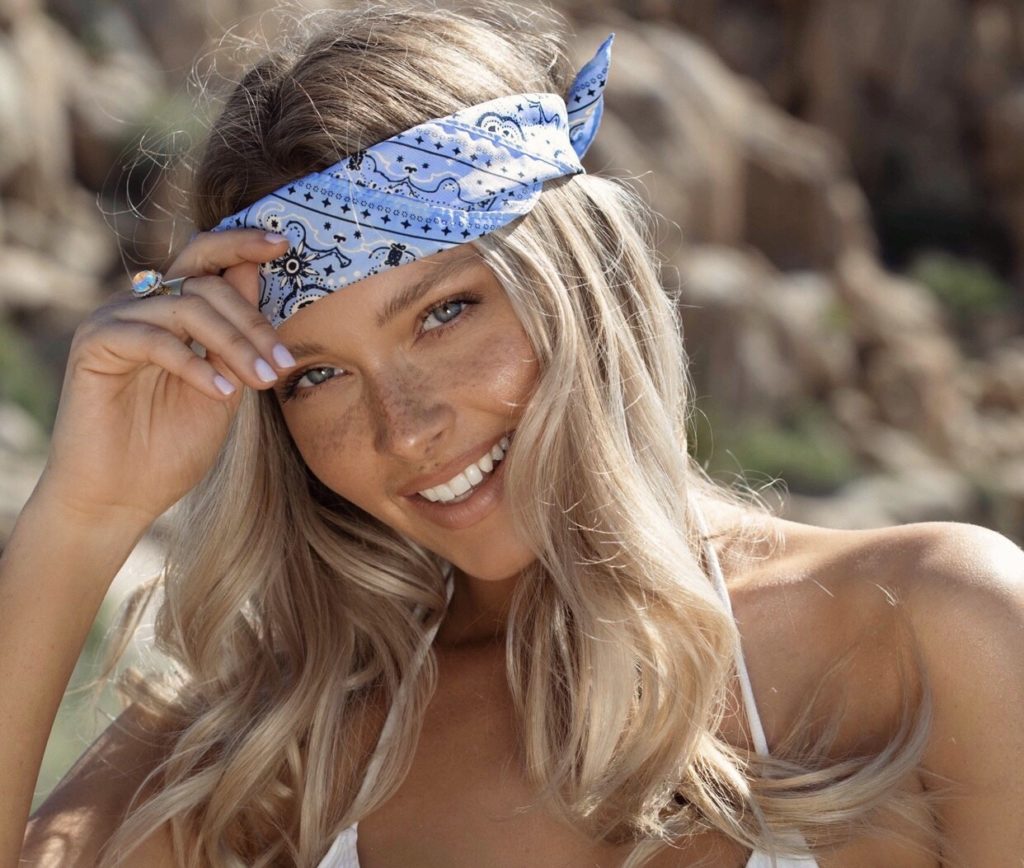 Camille Kostek is an American model and actress. She first gained recognition for her appearances in the Sports Illustrated Swimsuit Issue, and came to international prominence after landing a solo cover with the magazine in 2019. She was a member of the New England Patriots Cheerleading roster from 2013 to 2015 and also co-hosted several programs fro ABC, NBC, and Fox affiliate channels in New England.  Kostek made her film debut with a cameo appearance in STX Films‘ 2018 comedy I Feel Pretty. This was followed with a supporting role in 20th Century Fox‘s science fiction film Free Guy (2020).